My Other Half - A Play by Christopher Sainton-Clark

H and B are a young couple struggling with the pressures of their relationship. When a freak event causes them to switch bodies, they must learn to face their problems from an entirely new perspective. The more they learn, the more their lives descend into chaos. How far down can the human mind sink when given a new identity?

Megan Artherton
Megan is an actor and vocalist based in Norwich. Recent roles include Chloe in Ghosted written by James McDermott at Sheringham Little Theatre and St Georges’s Theatre. She also works as a performance tutor at Limelight Theatre Company, delivering workshops and teaching both Musical Theatre and Drama classes to ages 6 - 16.

Daisy den Engelse
Inspired by the music festivals she went to growing up, Daisy has evolved her skill and passion for the theatre and hopes to combine this with her love of  music to create her own music festival, which is currently in development.

Christopher Sainton-Clark
Over the last few years, Chris has gained an enormous amount of experience working in the regional theatres of Norfolk to the National Theatre in London. Combining this with his love of dark comedy and storytelling, he brings us a hilariously twisted tale of a young couple, riddled with their own relationship anxieties and forced to deal with each other’s issues in the most surreal way possible. 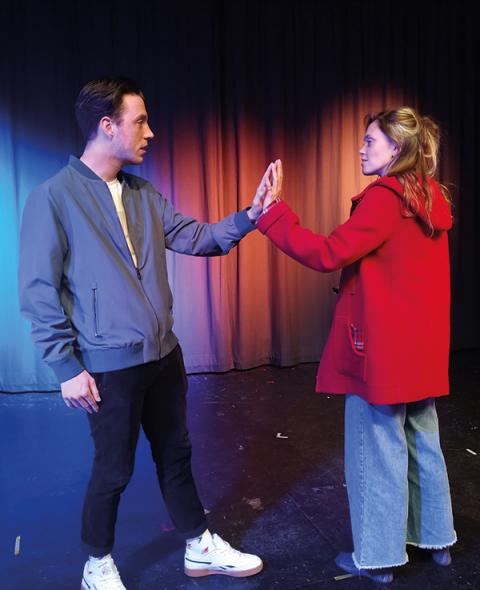